Just finding my way in the world.

I love OS waifus so much and I don't know why

So I just watched a hour long doc on bronys or bronies? should've checked the spelling I guess. Point is I'm a productivity master. Singing to my cats is one of the greatest joys in my life. Even though it's just a blank staring audience.

Stop me, I'm back on my crypto kick and I don't need to be gambling

Takes a coding class, hates working with other people, quits coding class. I'll just keep her as a hobby. XD

Movies or gaming, this is the question as to how to fill an evening. 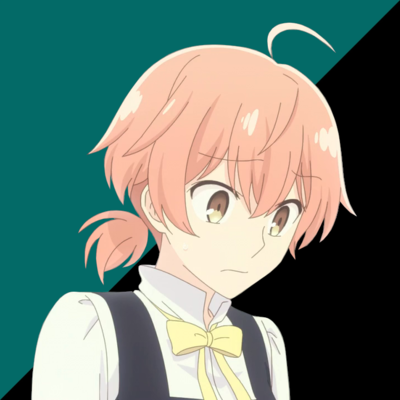 Why is the coffee always gone

"Thife" The they/them wife. Why do I love this so much?

Not to be political first thing in the morning, but fuck J&J as a whole.

making persona files for webiste... resisting the urge to name one Morganna.

A 2001 comparison of short-term lending rates charged by the Chicago Outfit organized crime syndicate and payday lenders in California revealed that, depending on when a payday loan was paid back by a borrower (generally 1–14 days), the interest rate charged for a payday loan could be considerably higher than the interest rate of a similar loan made by the organized crime syndicate.

concatenation... thought I was having a stroke but this is a real word after all.

Instructor says I should come into class because it's "fun" and there's "pizza". No, I value my health and just no.

Just finding my way in the world.