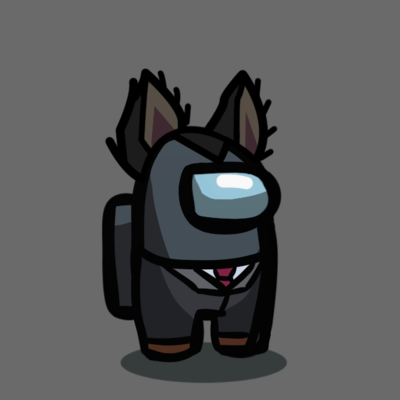 Once upon a time, in a galaxy far away from ours.. there was a planet inhabited by wolf-like creatures, called Lycantropians. Two of them were named Kyle, a droid and engineering student, and a Lycantropian everyone called “Error”, he was called this because his name was never brought up on the name scanners.

Every eon or so, the Astral Beings come together to gamble on what planet gets destroyed. This eon, it was Lycantropia.
Only two managed to escape. Error by...other means..
And Kyle by hijacking a ship..but he could not escape the aftershock, after being stranded in space and burnt half to death by the blast, he had to build a armor set using the scrap metal he had from his destroyed vessel.

From this moment on.. he vowed to rid the universe of the Astral beings that destroyed everything he loved..and by donning his new suit,he threw away his past, and called himself... KAY-9