join us now
and flash the firmware

join us now
and flash libreboot

These computers are free as in freedom, right down to the boot firmware, booting linux/bsd on the bare metal:

My web shop is here:
https://minifree.org/

I'm the author of osboot, the version of coreboot that comes installed. It replaces proprietary UEFI firmware, and has many advanced features that you can learn about here:

These computers are free as in freedom, right down to the boot firmware, booting linux/bsd on the bare metal:

My web shop is here:
https://minifree.org/

I'm the author of osboot, the version of coreboot that comes installed. It replaces proprietary UEFI firmware, and has many advanced features that you can learn about here:

Libre X230 has also reduced in price by £40, *temporarily*. I've recently acquired a large bulk of these machines, for a lower price than usual.

The distro of coreboot is osboot, which I maintain myself. Sales fund development.

I've recently lowered the price of the Libre T440p on https://minifree.org/ for most configurations; base is now £40 cheaper, and with 1 upgrade option (CPU, RAM or SSD upgrade), £20 cheaper; 2 upgrades same price as before.

Fases isn't complete yet, nowhere near. My patches only make a minor improvement.

It's a huge undertaking. I really hope this project succeeds. It has great potential.

I made improvement, and submitted them to the author. I wish him all the best!

My improvements, committed for review by the author, not yet merged:

I don't think what I said does justice to a&a, so let me say: the meme is taken from clips of the 2002 Spiderman film, starring Kirsten Dunst and Tobias Mcguire.

I've seen this meme recently, and it's so perfect in every way.

I've had dual stack IPv4 and (native) IPv6 on all of my infrastructure for 8 years now, thanks to Andrews & Arnold Ltd. I run https://libreboot.org/ on my a&a line.

If you're in the UK, it's the only ISP you should ever use. This ISP: https://www.aa.net.uk/

Look at the fuse (F7 label) in the centre of this photo.

It is the cause of many T440p thinkpads having dead backlights. When a backlight fails, it can surge, blowing this 0402, 32V 3A fuse.

It carries 20V DC to the backlight. Replace it and replace the LCD. Let there be light!

The problem was when I sent replies, it looked to me (from my client) that I sent them. However, server side, the emails didn't actually send.

It's fixed now. The issue also affected receiving emails for some reason.

Pro-tip: always run your own resolvers. Do not outsource DNS.

I actually do run my own authoritative name servers, but those are not configured to be resolvers. I now actually run a resolver myself, so I shouldn't have issues with domain name resolution anymore. Fingers crossed!

I had trouble with my emails, today.

The problem turned out to be: the DNS resolvers that my mail server used went down. I have now switched to different resolvers.

If I didn't reply to your email today, it's because my reply didn't send. I've now re-sent all emails from today.

I've budgeted for the next 6 months and concluded that these prices can stay as they are. I don't expect to change them again any time soon.

CPU/RAM/SSD upgrades and shipping prices have been reduced, for laptops sold on https://minifree.org

These are secure laptops with osboot, based on coreboot, replacing proprietary UEFI firmware. Your choice of *encrypted* Debian, other Linux or OpenBSD/FreeBSD installation.

The only difference is Twitter is much bigger, and Musk has his shit together (does not abuse drugs like Andrew Lee). That makes Twitter all the more dangerous.

For opsec reasons, I need to leave my Twitter account open, but, if you can, I recommend you just delete your Twitter. Twitter is going to turn into an absolute shithole in the coming weeks, months and years.

Twitter is shit btw. I'm avoiding drawing the ire of Musk, so I haven't mentioned his name at all, but I do not approve of him.

Fuck Twitter. Especially since they blocked me from posting a link to my mastodon. Twitter recently unbanned some alt-right people that were suspended and those people now celebrate their new "free speech".

I'm leaving my Twitter open, just to promote my company and projects sometimes with public tweets, but my usage of it in a personal capacity has been discontinued.

Cinnamon goes very well in black coffee. Just a small pinch of cinnamon, instead of sugar.

Just a pinch of ground cinnamon, about half the size of a pea. If you drink a lot of coffee, make sure never to take more than half a teaspoon of cinnamon daily.

Cinnamon is a natural anti-fungal, anti-oxidant and anti-diabetic agent. Combined with caffeine, it will really give you a boost in the morning.

Ideally, grind fresh cinnamon into powder yourself (from cinnamon sticks).

The machines come with osboot, based on coreboot to replace the proprietary UEFI firmware. Debian by default; OpenBSD/FreeBSD also available on request. 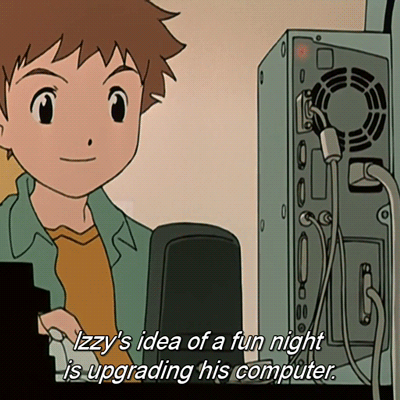 Anjan @anjan@pleroma.debian.social
Im so grateful for all the Free software frontends to proprietary platforms. This addon is useful for accessing them automatically:

Twitter is blocking me from posting a link to my mastodon. If I try to post the link, it says:

*Censorship* is harmful. This is an attack on my free speech.

I sell laptops with osboot, based on coreboot to replace proprietary UEFI firmware at https://minifree.org/

Lots of requests for OpenBSD lately! I'm currently doing *3* OpenBSD installs. I may start doing OpenBSD by default. The *current* default is Debian, but I love OpenBSD.

join us now
and flash the firmware

join us now
and flash libreboot